The Simmental Premier Show and Sale which took place at Roscommon on Saturday March 31st was one of the best Simmental sales in recent times with the average price up for both bulls and heifers.

In the bull section, Scottish Judge Brian Allen tapped forward the 15 month old “Fearna Commander” as his Overall Champion. This “Glebefarm Tyson” son was exhibited by the Neenan Brothers, Ballyhaunis, Co. Mayo and sold for top price of the day at €10,000. Out of a homebred “Raceview King” dam “Fearna Vienna”, “Commander” was purchased by Kilcormac, Co. Offaly Brothers, Joey & David Larkin for their “Hermitage Simmental” and commercial Herd.

Overall Champion and top price of €7000 went to Paddy Bones, Kilkelly, Co. Mayo for his in-calf heifer “Derrough Betty”. Sired by “Kilbride Farm Newry” and out of a “Hillcrest Naughty” dam “Beechhill Regina” and in-calf to “Omorga Volvo”, Chris Traynor Co. Armagh was the buyer.

Reserve Champion went to Hugh Murray, Moate with a 13 month old heifer “Shiloh Claudia“. This heifer was sired by “Herkules” and out of a “Raceview King” dam “Shiloh Wilma”. She was purchased by Niall Daly, Caranstown, Kells, Co.Meath at €5000.

The next Simmental Society sale will take place at Tullamore on Saturday May 12th. 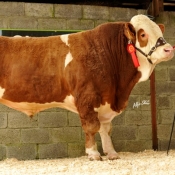 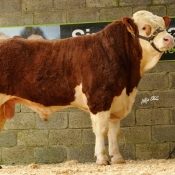 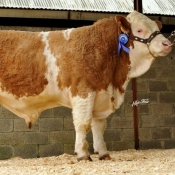 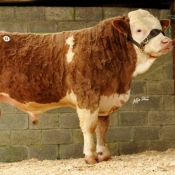 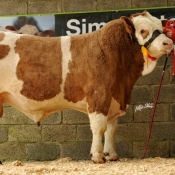 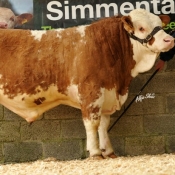 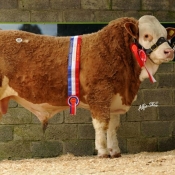 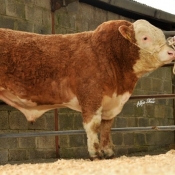 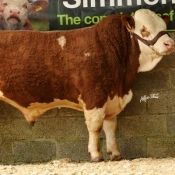 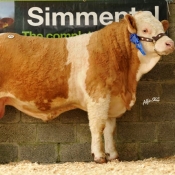 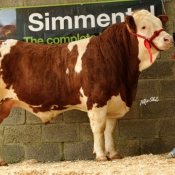 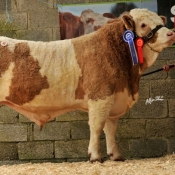 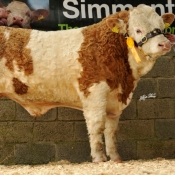 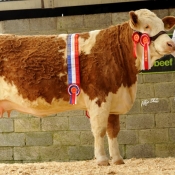 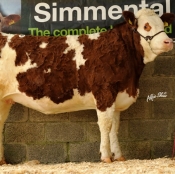 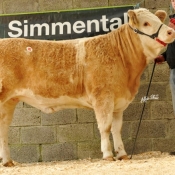 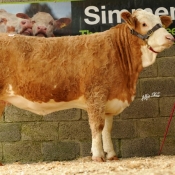 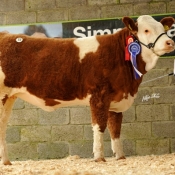